“… that futeball and golfe be utterly cryit doune and nocht usit.”

“Our view is that something so fundamental as beginning negotiations on the breakup of a country should require a large consensus.  The standard consensus, in our view, is two-thirds.  We go into some detail about this, but I’m sure you know that with regard to some of the legislation, even in Quebec, if you want to dissolve an association — a golf club, for instance — two-thirds of the members are required.”

“We just played cards together.  Well, I didn’t play, but someone  dealt me a hand,” said Alice.  And then, exclaiming:  “That’s not an iron!”

Alice’s eyes were wide at the sight of a long brown beaver drawn from the bag of clubs that Henderson was managing for the Law Professor.

“Same thing, said Henderson, once you get used to it.  Pick a number, any one will do, just so it’s clear.”

Alice hesitated, unsure of what he meant, so Henderson said, “Here,” and handed Alice a wedge with the number 44 on it.

“You can’t hit a ball with a beaver!” said Alice, laughing softly, (as politely as she could, but feeling she was about to lose her patience.)

“Sure  you can!” encouraged Henderson.  “Everyone here  is doing it!”

“Who’s everyone?” asked Alice, turning her gaze to the green.  “Oh,” she said, “is that Jean Chrétien?” — shaking her head in disapproval.

From where she  stood, in the rough, Chrétien appeared to be throttling a fellow golfer … (what a savage sport , thought Alice).  But, in fact, the former Prime Minister was merely adjusting his grip on his beaver.

Then, astonished, Alice wondered aloud, “But, how did Chrétien get out of jail?”

(In fact, he was being executed, last she heard, and yet here he was on the Golf Green.  The Black Queen had cried, “AHHHHHHHHHHHHHfffffffff  with his head !”) Alice recalled.

“Had there been a royal pardon?” queried Alice to herself, oratorically.

A sneer emerged from a sudden glow in the air, and Constitutional Cat chided Alice:  “He hasn’t been in  jail yet”.  But no one else heard the Feline remind her of The Black Queen’s warning:  they all were living backwards.

Stephen Allan Scott, the Law Professor, and apparently now a Golf Pro, came up for a club:  “Is it Tee-time?” queried Scott, ignoring Alice.

He  didn’t recognize her, either!  Alice marveled.

This was too much.  She  remembered the Tea Party and her seat at the card game with absolute clarity.  But, apparently, once again, these two had no idea who she was.

Henderson drew another wedge from the Law Professor’s golf bag and gave it to Scott.  This one had number 45 on it.

“Who else  is here?” Alice wanted to know.  She wondered if Tyler might be up.

“Anyone who counts,” said the Law Professor, a bit distractedly, and then to Alice:  “What are you  doing here!  (More rudeness! — maybe he did recognize her .)”  Why, this isn’t just your  course,” said Alice.  “Anyone can play.”

At this, Alice’s beaver gave a twist, and with a cry of surprise as it nipped her, she released wedge number 44, which, leaping free, made straight for a water trap.

“Of course!” said Henderson, snickering and drawing out beaver 38 to replace the lost one.  “How else would you play?” and then to Scott:  “Now we have to go find  him.”

“Which end am I supposed to use?” demanded Alice, getting a grip on herself.

“This one’s already marked,” said Alice.  Do you have another?

“They’re all  marked,” said Henderson.  Alice held up her ball and rolled it backwards and forwards to examine it.

“But you won’t know who they belong to,” opposed Alice.

“It doesn’t matter who they belong to,” said the Law Professor.  Just give it a good whack!

“That’s right, put some oomph into it,” prompted Henderson.

Henderson shouldered the bag.  Adopting a leisurely pace, he and the Law Professor headed out toward the water trap, which took them right across the middle of someone’s teeing ground.  (“Was there no etiquette at all in Referendumland?”  Alice asked herself.)

Prime Minister Chrétien was standing there, trying to hit a ball.  His beaver was still giving him trouble.  Alice, being a polite girl, excused herself when she stepped across the Tee to follow Scott and Henderson.

But, startled, Chrétien’s beaver gave him a nip and as Chrétien yelled [expletive deleted] his own wedge skittered over a bunker in the direction of the same water trap.

“I am so sorry,” said Alice to the former Prime Minister, “We’ll get him back for you.”

“No trouble,” said Chrétien out of the side of his face while reaching into his own golf bag to pull out another.

Oddly enough, the Prime Minister’s new beaver had number 6 painted on it.  “Why, that’s not an amendment,” said Alice.

“Variation on a theme,” smiled Chrétien.

Alice wondered what he meant by that.

But at that very instant, there was movement on the Hill.

A long line of golf carts was emerging into view, snaking its way from across the horizon, heading for the parking lot by the frogg-grass.

“‘The Special Committee’ has arrived!”, declared the Law Professor.

“But which ‘Special Committee’ do you mean?” prayed Alice: “‘The Special Senate Committee on the Clarity Act,’ or the ‘Special Committee for Golf Unity’”?  (The latter Committee had been founded by Scott himself to fill in gaps in the Golf Rule of Law, while ensuring that all play at once.  Therefore, he was now professionally coaching both The Queen’s Team and The Peoples’ team.)

Same thing, said the Law Professor.  And at that, Stephen Allan Scott strode briskly away from the water trap, leaving Henderson to retrieve the beaver.

Meanwhile, the long line of Special Committee golf carts was still coming in, curving and gliding, twisting and weaving, as far as the eye could see.

After a brief exchange of words, at that distance out of ear-shot of Alice and The Peoples’ Team, it was clear that Scott was playing Golf Pro, lecturing, as it happened, to members of the Senate Transportation Committee — who in fact were the Clarity Committee —gathered around him, listening attentively with their frog-eyes bugged out.  For all had a decidedly amphibious cast to their features and complexions, and all had hands with only three fingers, which Alice, in her mind, immediately dubbed “tadpole hands”.

Curious for details, Alice wandered toward the group to hear the exchange.  Which also gave her a back-end view of the growing fleet of parked golf-carts, provided courtesy of the Senate Transportation Committee.  The parking lot was beginning to teem with Golfers.

There were dozens of carts, now, and almost every single one had a bumper sticker.  At the back of the lot, Alice caught sight of a rather two-dimensional fellow as he turned and caught the light for an instant, and pushed his brush into a paint-can he was carrying.  The cardboard cut-out, apparently quite alive, stepped toward a golf cart and began to paint its bumper sticker.

But that was the least of the oddities.  For, Alice immediately noted, and exclaimed aloud:  “All these carts have two steering columns!  That’s an awful lot of student drivers!”

“This is the Royal and Ancient Canadian Golf Association,” hollered Scott over his shoulder, explanatorily, interrupting his advice to The Queen’s Group.

“Under local rules, no unilateral carts are allowed.”

“But what about the R&A and the USGA?” chipped in Alice from the sidelines.  “Don’t they count?”

“Of course,” said Scott, “that’s why we’re merging the English Rules with the American Rules with the Mexican Rules, with the Canadian “Golf Rule of Law ” Rules:  this is Golf Union we are playing for.”

After a few deft swings with his own well behaved beaver to demonstrate, the Law Professor and Golf Pro raised his voice and firmly declared to the Senate group:

“There it was again,” thought Alice, “Stephen Allan Scott’s erroneous theory of the federal residuary power.”

But, the Clarity frog-heads bobbed in agreement.

Alice walked up to Scott while caddies for the Senate Committee picked up their balls and beavers, and the party moved out onto the Green.

She meant Senator Joan Fraser, not Senator Serge Joyal, who was carrying his own.  The Clarity Committee had now reassembled around the former Prime Minister.

Alice accompanied the Law Professor and Golf Pro as he went to join them.

“Fancy name for a caddy,” sniped Alice, feeling a bit rude herself, this time.  Referendumland must be rubbing off. 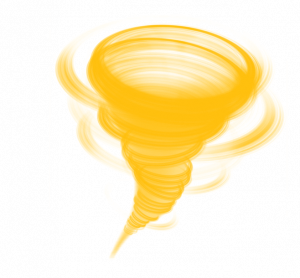 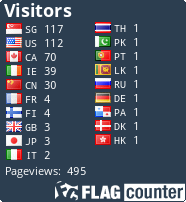